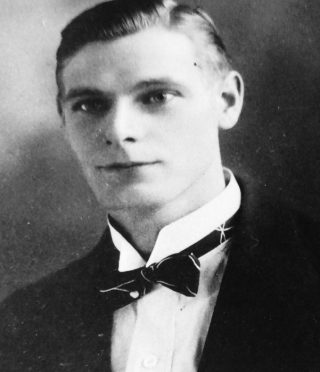 Horace Ireland
From the collection of Heather Maginn 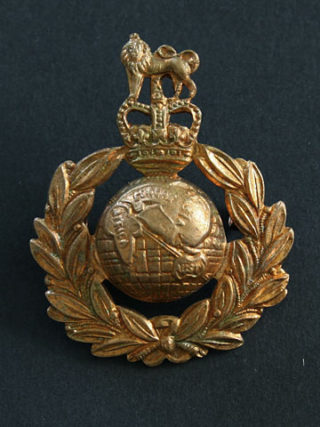 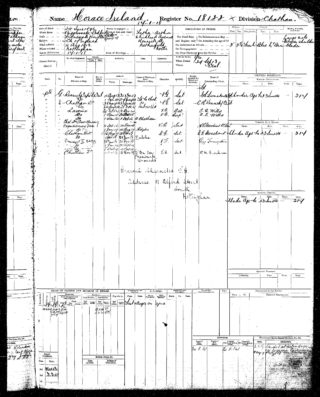 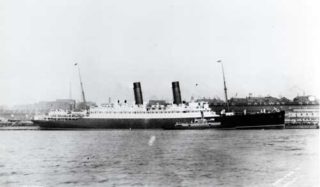 Horace Ireland was born on the 21st June 1896 at Biggleswade, Bedfordshire, one of the children of Arthur Ireland, a railway porter born in 1872 at Biggleswade, and Fanny Ireland, who also came from Biggleswade. In 1901, the family had moved to Bottesford High St, where there were four children, Arthur (b.1894 at Biggleswade), Horace, Ivey (b.1899 at Biggleswade) and Mabel (b.1900 in Bottesford). However, by the 1911 Census day they had moved to Nottingham, living at 29 Forester Street, Netherfield. Their father was now employed as a railway brakesman. Horace, now 14, had left school and was employed as an ‘errand boy, furniture manufactory’, while Arthur, now 16, worked as a railway engine cleaner

The Ireland family were Methodists. Both Arthur and his brother Horace are named on the Bottesford Methodist Chapel Roll of Honour.

Horace Ireland enlisted on the 14th August 1912 at Chatham, describing himself as a framework knitter, and giving his next of kin as his father Arthur Ireland of 6 Midland Avenue, Kenrick Street, Netherfield, Nottingham. Horace also gave his home address as 81 Alfred St, South Nottingham.

He was posted to the Recruitment Depot at Deal and then to Chatham, where he was stationed at the outbreak of WW1. On the 23rd November he embarked on HMS Laconia, a posting he retained until the 3rd February, 1916. Laconia was a Cunard liner launched in 1911, which was taken over by the Royal Navy and converted into an armed merchant cruiser in 1914 and was then based at Simon’s Town, South Africa until 1916. She became a headquarters ship for the capture of German East Africa before returning to the UK in June 1916, by which time Horace Ireland had transferred to the land-based East African Expeditionary Force.

The Laconia was returned to Cunard in 1916, but was torpedoed and sunk off Fastnet on the 29th February 1917, when returning from the USA to England with 292 passengers and crew, 12 of whom were killed. Though the loss pales in comparison to that of the Lusitania, the sinking of the Laconia was a factor in raising American support for entering the war. After her loss, a second Cunard liner named Laconia was launched in 1921.

On the 4th February 1916, Horace Ireland was posted to the East African Expeditionary Force, where he stayed until the 29th August 1917.He was fortunate, perhaps, to have survived this, bearing in mind the scale of casualties. He may well have suffered injuries or disease during the fighting, and this may be the reason that he had only shore posting in England for the remainder of the war, finally leaving ‘for compassionate reasons’.

A fine account of the East African fighting is given in How the Great War Razed East Africa by Edward Paice, who in 2014 wrote “The East Africa campaign engulfed 750,000 square miles – an area three times the size of the German Reich – as 150,000 Allied troops sought to defeat a German force whose strength never exceeded 25,000. Its financial cost to the Allies was comparable to that of the Boer War, Britain’s most expensive conflict since the Napoleonic Wars. The official British death toll exceeded 105,000 troops and military carriers. But it was civilian populations throughout East Africa who suffered worst of all in this final phase of the “Scramble for Africa. To call the Great War in East Africa a “sideshow” to the war in Europe may be correct, but it is demeaning. The scale and impact of the campaign were gargantuan. The troops, carriers and millions of civilians caught up in the fighting in East Africa should not be forgotten.”

After serving in the East African campaign, Horace Ireland had shore postings in England, at Chatham and at President III, which lasted until his discharge in 1919. President III was an accounting base located at Bristol, Windsor and London, that kept the accounts for the Royal Fleet Reserve, the Royal Navy Volunteer Reserve and the Royal Navy Reserve.

Horace was discharged on compassionate grounds on the 18th August 1919, and paid a £29 War Gratuity.

Following his discharge from the Marines in 1920, Horace Ireland married Cissy A Wright at Nottingham in 1920. The records indicate that he married a second time, in 1936, to Beatrice M Tomlinson, also in Nottingham. He worked in the hosiery industry, and in 1939 Horace, a half-hose operator, and Beatrice lived at 20 Berkeley Street, Nottingham, with John Tomlinson, a 74 years old widowed pedlar, probably Beatrice’s father.

Horace died in 1968, aged 72, in the Bingham district, Nottinghamshire.

Served in the East African Expeditionary Force for slightly over eighteen months.
Served in
Royal Marines (6)