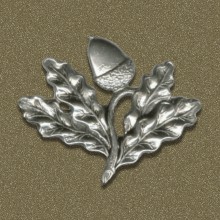 By 1911, John and Ann had moved the short distance to a house on Easthorpe Lane, where they had with them Edward and Catherine, together with a grandson Richard Frost Kirton. Frank was 17, working as a farm labourer at Peacock Farm, where Josiah Wright was the farm foreman, in Normanton. His younger brother, Tom, was also employed in Normanton, as a farm boy on the farm of William Lovett.

Few details of Frank Kirton’s service have been located. However, the report of his wedding in 1918 included the information that he was a Lance-Corporal in the South Nottinghamshire Hussars.

Frank Kirton returned to civilian life, and got married in 1923. Canterbury Marriage Transcriptions record the wedding, on the 23rd July, 1918, at the church of St Nicholas at Ash, Kent, of Frank Kirton to Elsie Louisa Pidduck. Both were 22 years of age. The wedding has also be described as taking place at Eastry, Kent, but this is very near to Ash, in effect the same place. The wedding record gave Frank’s birth year as 1896 rather than 1894, possibly a clerical error, but nevertheless it is most probably the Frank Kirton from Easthorpe. Frank Kirton was recorded in 1939 as a gardener living at “The Cottage”, Sandown Rd, Sandwich, Kent, with his wife Elsie L Kirton.

The wedding was reported by the Grantham Journal, August 3rd, 1918, where it stated that this was indeed the Frank Kirton from Easthorpe, and that he was serving as a Lance-Corporal in the South Notts Hussars.

Details of his service number, battalion, area of active service and medals have not been found.
Served in
South Notts Hussars (2)
Yorkshire Regiment (2)