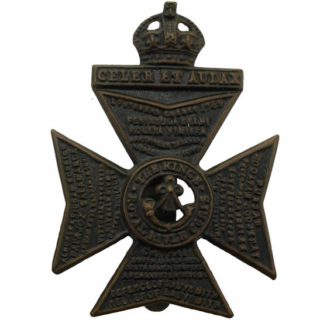 Ernest Turner is one of the names on the Bottesford ‘church list’ of WW1 Servicemen.

Ernest Turner was born 6 November 1880 in Bottesford. His parents were William Turner, from Ashurst in Kent where he was born in 1853, and Martha (neé Patch) from Norton, Somerset, born in 1849. They married at Christ Church, Battersea, on the 19th August, 1875. After Martha’s death (after 1911), William Turner remarried, leaving Bottesford to live at Hayes, Middlesex.

In 1881, the family lived on Easthorpe Road. Ernest was 5 months old and he had two older brothers named Frederick (aged 2) and Henry (aged 1). William Turner’s occupation was gardener.

The 1891 census records the family as resident on Easthorpe Road. There were four sons, all at school: Frederick W. (aged 12), Louis Henry (aged 11), Ernest (aged 10) and William (aged 8). There was also a boarder named William Sopp, a 21 year old groom from Kirdford. Sussex. William Turner again gave his occupation as a gardener.

Kelly’s Directory has an entry for 1908 that records Mr William Turner as private gardener to the Rev. Canon William Vincent-Jackson MA JP, the Rector of Bottesford. He also worked for the Duke of Rutland, and gained the rare distinction of having a chrysanthemum named after him. In the belltower at St Mary’s church, a W.Turner listed as a bell ringer is probably William Turner, father of Ernest.

In 1901, Ernest was working as a footman (domestic servant) at Buntingdale Hall near Market Drayton, Shropshire. He married to Charlotte Elizabeth Cander (or Canden) at Kingston, Surrey, in July 1907. It is probable that she was born in 1885 at Sherborne, in Dorset.  In 1911, Ernest and Charlotte lived at 10 Boscombe Road, Merton Park, London, and he was working as an assistant in a gentleman’s clothing shop in Wimbledon. They had two sons, Cyril William Turner and Ronald Louis Turner. Boys with these names were born in 1911 at Merton, suggesting that they were twins.

He enlisted under the surname Thackeray-Turner, and served with the King’s Royal Rifle Corps as a Second-Lieutenant then Lieutenant. He served in France and entered France in May 1917. His Service Number was initially 56621, but may have had a second service number 792847 later. He was awarded the British Medal and the Victory Medal.

Additional records show that he applied for his medals on 12th April 1921. He notified his change of address on 24th September 1921, and the medals were dispatched on the 25th November, 1921.

Ernest had changed his name to Ernest Thackeray-Turner in 1915 and changed it again in 1923 to Ernest Gordon Thackeray-Turner, as recorded by the London Gazette (29th June 1923) and indicated in his registration record from the City of London Red Cross Lodge (Library and Museum of Freemasonry). The choice of name is curious, suggesting admiration for his contemporary Hugh Thackeray-Turner (1853-1937), a noted arts and crafts artist who worked as a china painter, garden designer and architect.

He worked for Harry Gordon Selfridge Jr and rose to be quite ‘high up’ in Selfridges department stores, it is believed then that he was managing their store in Brighton. By the 1950s, Ernest Turner had become a director of a store called Robert Lomas. He then owned a hotel near Timperley, near Altrincham.

We are grateful for the information that we have been given by Mrs Barbara Whitton (Ernest Turner’s grand-daughter). Thank you also to Jonathan D’Hooghe for his efforts in tracing Ernest Turner’s military history.