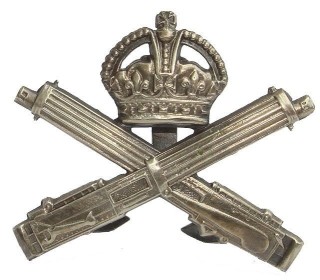 Dates of the births of members of the Philcox family are slightly inconsistent in the various records examined, and those given here may be in error to a small extent. Even so, they set out a coherent family history.

Frank Philcox, son of William Branstone and Fanny nee Philcox, was stated on his baptismal record to have been born on the 4th December 1890, but he was not baptised until the 17th July 1892 at Bottesford, when he was recorded as Frank Branston (the ‘e’ of Branstone omitted, possibly a clerical error, but one which he retained in his future life).

His father was William Tyler Branstone, born 1857 in Bottesford, son of Henry Branstone (b.1828 at Bottesford) and Elizabeth Tyler (b.1829 at Normanton).

Fanny Philcox and William Branstone got married on the 26th May, 1890, and Frank was born at the end of the year. He is recorded as Frank Philcox in the 1901 census and in the village’s list of its WW1 Servicemen, but in other records he is Frank Branston, creating a degree of confusion when tracing his history.

Searches of the census of 1911 have failed to discover the whereabouts of Frank Philcox (or Branston). However, the records indicate that he married Elsie May Braithwaite on the 2nd October, 1911, in Plungar, Leicesteshire. From his subsequent military records it can be suggested that he lived in Bingham at the time he got married.

Frank Branston attested at Newark on the 10th January 1916, and was approved at Derby on the 7th May 1916. He was a baker who lived with his wife Elsie May in Kirk Hill, Bingham, but declared that he was born in Bottesford (in 1886). He became Private 186555 in the 20th Training Reserve Battalion, Machine Gun Corps, having originally been given the number 182892. On the 11th May 1918 he was posted to the 115th TRB and on May 14th promoted to Lance-Corporal. He was demobilised on the 3rd February 1919, having had a “definite offer of employment”. At this time his residential address was Newgate Street, Bingham.

There is no indication that he served outside the UK, and no record of his medal awards has been seen.

A man named Frank Branston died in Nottingham in 1970.

The date and place of his death is given provisionally subject to later confirmation, if possible.
Served in
Machine Gun Corp (5)