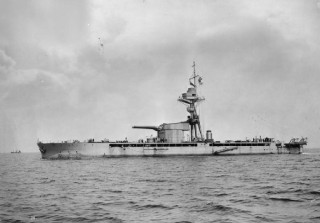 Ewart (Edward) Hart was among those on the Bottesford list of Absentee Voters 1918/19, which gave his home address as Queen Street, and his Service number was O.S. BZ5631, HMS Marshal Ney, RNVR

He was born on the 16th July, 1898, at Great Ponton, Lincolnshire, son of William Hart and Mary Hart, nee Jowett. William Hart was born in Arlesey, Bedfordshire, in 1861, and Mary Jowett was born in Rockley, Nottinghamshire in 1861. The couple were married at East Retford, Nottinghamshire, in June 1882. In the Census of 1891, William was a railway signalman living with his wife and young family at Station Cottages, Great Ponton, Lincolnshire.

In 1911, the Harts lived at 2 Market St, Bottesford. William senior was again a signalman. William junior had become a ‘wholesale clerk’, Arthur a ‘national telephone clerk’, and Lucy a domestic servant. Ewart, Alice and two new twins Eva and Percy were all at school, and there was also the youngest, Sydney, still at home. Harry had left home, and was employed as a ‘butcher’s assistant’ at Bulwell, Nottingham.

Few details are available. The UK, Naval Medal and Award Rolls, 1793-1972, and the RNVR Medal Roll, Other Ranks, 1914-1920, confirm his service number, Z/5631, rank Ordinary Seaman, awarded the British War Medal and Victory Medal. The Absentee Voters list adds that he served aboard H.M.S. Marshall Ney. However, we have not been able locate his dates of enlisting or of discharge from the navy.

Wikipedia provides a description of this vessel, including the following:

HMS Marshal Ney was a Royal Navy Marshal Ney-class monitor constructed in the opening years of the First World War, launched in 1915. Designed for inshore operations along the sandbank strewn Belgian coastline, Marshal Ney was equipped with two massive 15-inch (380 mm) naval guns. Her diesel engines were a constant source of technical difficulty, restricting their use. In 1916, her 15-inch barbette was stripped off and given to Erebus, which was launched in the same year. Marshal Ney was then rearmed with a single 9.2-inch (230 mm) gun and four 6-inch (150 mm) guns for service as a guardship for The Downs. She engaged German destroyers during a raid on Ramsgate in April 1917. During 1919, Marshal Ney was used as a base ship at Queenborough, before being disarmed and becoming a depot ship at Fort Blockhouse from 1920.

He was awarded the Victory Medal and the British War Medal.

BMD records show that Ewart Hart married Amy Burrell in 1923, recorded at Boston, Lincolnshire. It is probable that he died in December, 1975, at Southport, Lancashire, aged 77.