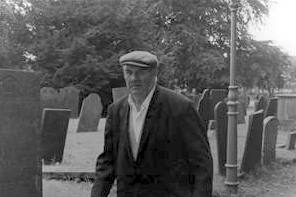 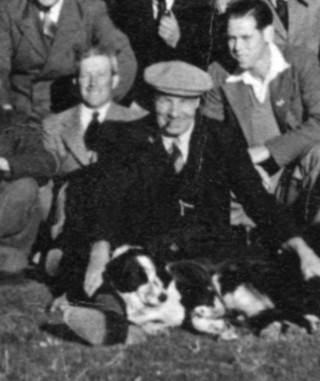 Arthur Marston, born in Ruddington, was a long time resident of Bottesford. He saw active service in the 1st World War and lived on Queen Street in one of the cottages next to the Chip Shop before moving to Wygeston Cottages in the 1970’s.

Arthur was a noted raconteur about life in Bottesford in the early and mid 20th Century. His reminiscences were vividly described and ranged widely – from dentistry to dogs.

He told how a troublesome tooth was removed in the Rutland Arms by the then landlady’s father with the aid of string and a slammed door. His daughter-in-law, Mrs Gladys Marston, recalls that he had another extraction without anaesthetic in the Bull Yard. She also related that his late return from the Rutland Arms to his home one Christmas Day lunch prompted her mother-in-law to take his dinner to the pub. On her return to the waiting family she indicated that he had enquired whether there was any pudding!! As a father-in-law, she added “he was a one-off!!”

He defended the right of his Jack Russell to be entered as a pedigree dog in local shows on the basis that it was the only dog capable of catching a rat let loose in the show ring. Apparently mayhem ensued!!

His grandson, Geoff Marston, saved this local news paper clipping giving details of Arthur’s care of Edward, one of his dogs, after it was injured in road accident.

His son, Victor Marston recalled, at the recently held Bottesford Living History Exhibition, that his father could have a quick temper. A fellow spectator at a local cricket match commented that Arthur’s dog was dangerous. “So is its owner” was his prompt reply as he punched the author of this unwanted observation!