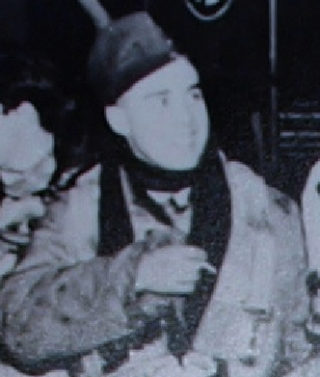 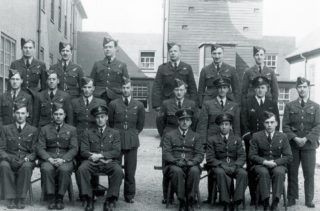 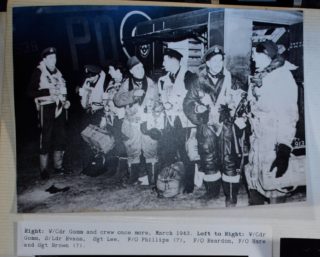 Aircrew Lancaster ED998 PO-Y
From the collection of Vincent Holyoak 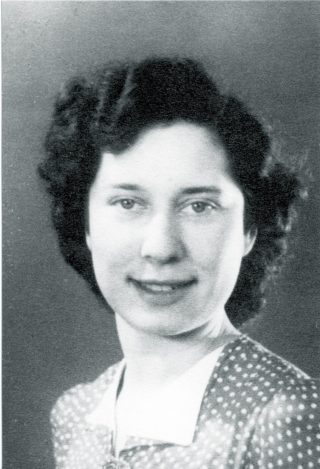 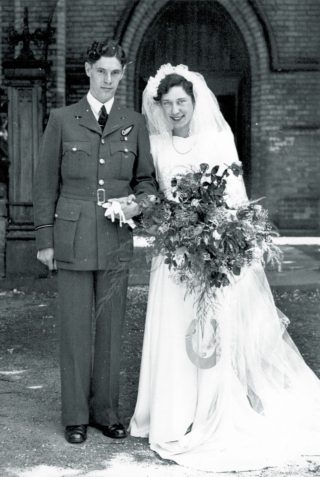 Fred and Marjorie at their wedding, 4th August 1945
Courtesy of Diane Coates 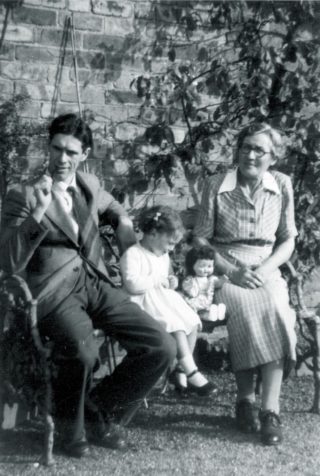 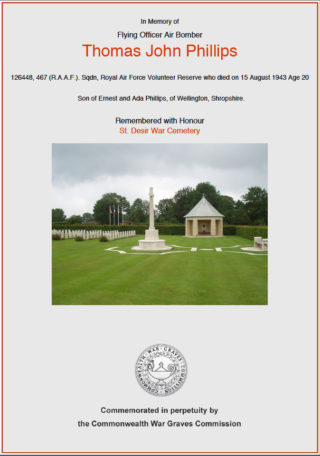 I recently discovered that Thomas John Phillips, an Air Bomber in 467 Squadron in 1943, operated from Bottesford.

John was born in Warwickshire in 1923. After Primary school he won a scholarship to Whitchurch Grammar School. There he won the school’s heavyweight boxing championship cup in 1939. He was also a keen rugby player and attained the captaincy of the first XV. The family moved to Shropshire in 1939 when John entered the employment of a Wellington solicitor’s practice. Then in 1941 he volunteered to join the RAF.

Marjorie was born in 1923 too, and lived all her life up to 1943 in Wellington. She was an accomplished piano player and had reached Grade 8 in her Pianoforte exams. She wanted to become a teacher, so she was studying to do her “Emergency training” as it was called in 1943. She successfully completed her course and started teaching at a small primary school at Bourton, not far from Wellington.

John and Marjorie had met while living in Wellington, and they became close friends, writing to each other when they were both away training. As was expected during a war, John was required to write a last letter to his significant friend, or family member, in the event of his death. He wrote to Marjorie.

He said that they were both of the same generation and had a common purpose, which they had discussed many times, which was to construct a new and better world. He asked her to help his parents in their grief, if he died, because she would be their closest link with him. He said that his strongest wish was to see her happy. He wrote:

“If I am not destined to that purpose, someone more fortunate will have the honour. I am only one of many, so Goodbye, Sweetheart. Your Loving John”

On August 15th 1943, John was one of the crew led by Wing Commander Cosme Gomm on board Lancaster ED998 PO-Y. The plane was hit by a burst of enemy fire which ruptured the fuel tanks and enveloped the plane in flames. As the crew were trying to clip on their parachutes, the Lancaster exploded and all were killed except James Lee who was miraculously saved by being thrown clear of the inferno. He became a POW. (For further details please click to see Chapter 13, On the Wings of the Morning by Vincent Holyoak)

My mother Marjorie, and John’s mother Ada consoled each other and always kept in close touch. Two years after John’s death, my mother met and married another RAFVR navigator from 40 Squadron. He had done his tour of duty and had been posted to 83 OTU at Peplow in Shropshire. He was 174661 Fl/Lt Fred Rooke. When I was born in 1947, Ada Phillips became my godmother. Her son John could have been my father if he had lived!